​​Best Laptops for Computer Science Students – Buying a laptop can be tricky, especially if you’re pursuing Computer Science. It is because of the vast array of options in the market.

However, you don’t need high-end laptops, which are loaded with features to graduate. For a college student, factors like the laptop’s weight and battery life matter more than the power the device packs.

To help you make the best purchase, here’s a brief overview of the specs you should look for in a laptop for Computer Science. 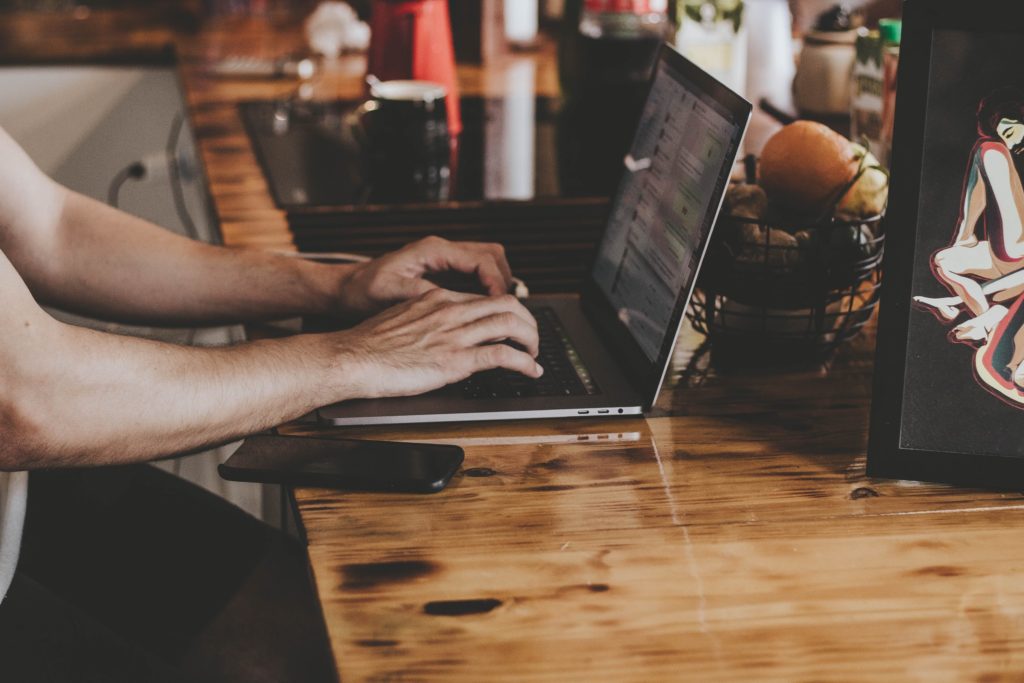 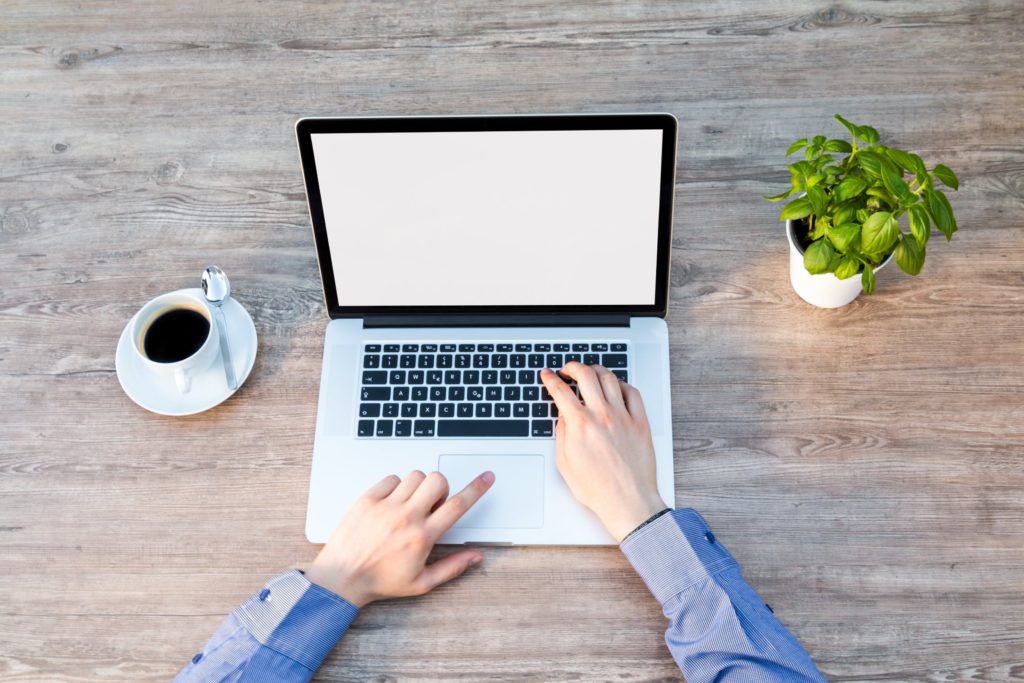 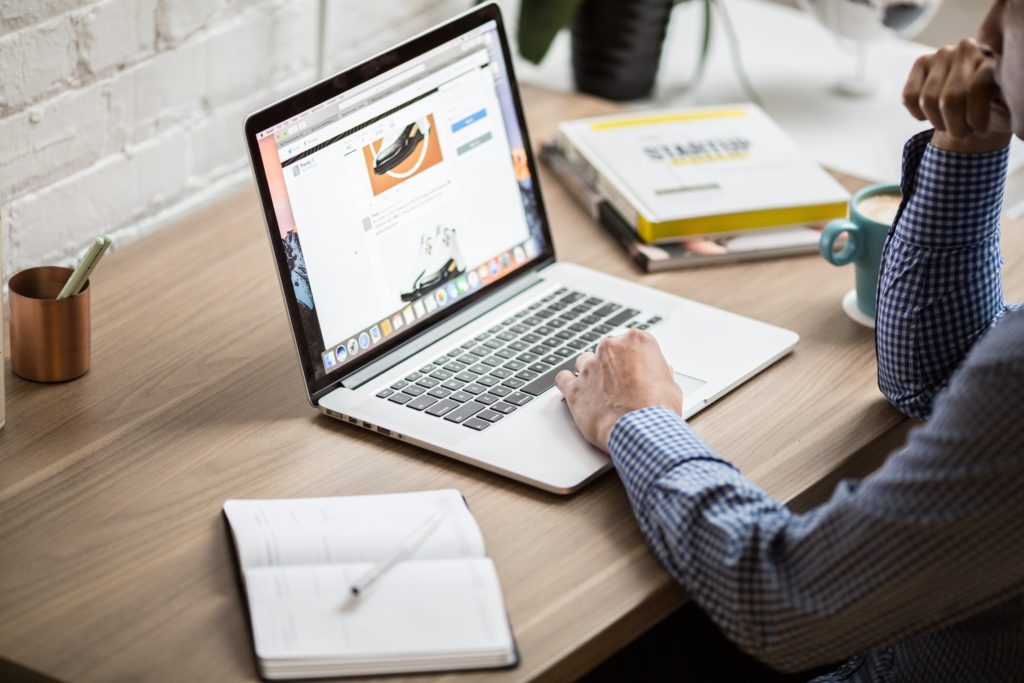 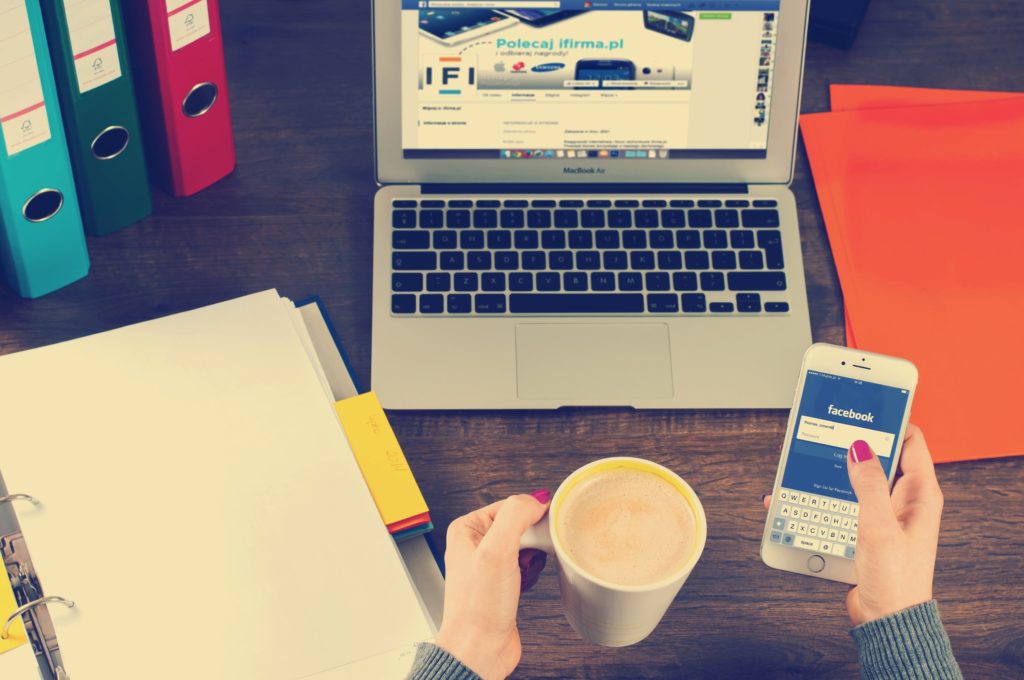 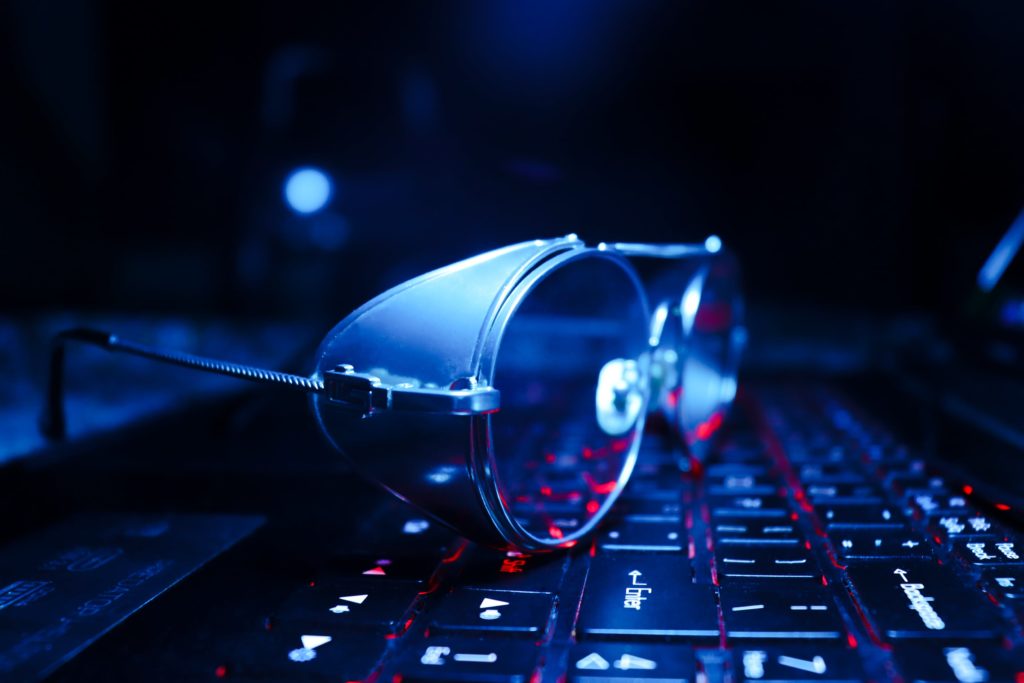 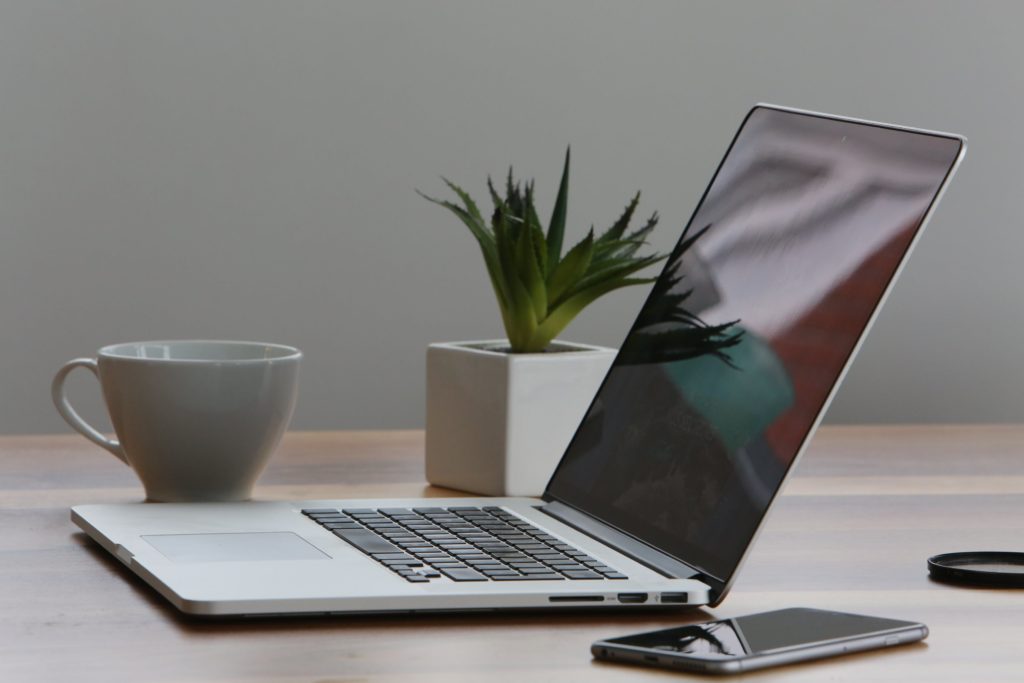 5 Best Laptops for a Home Office 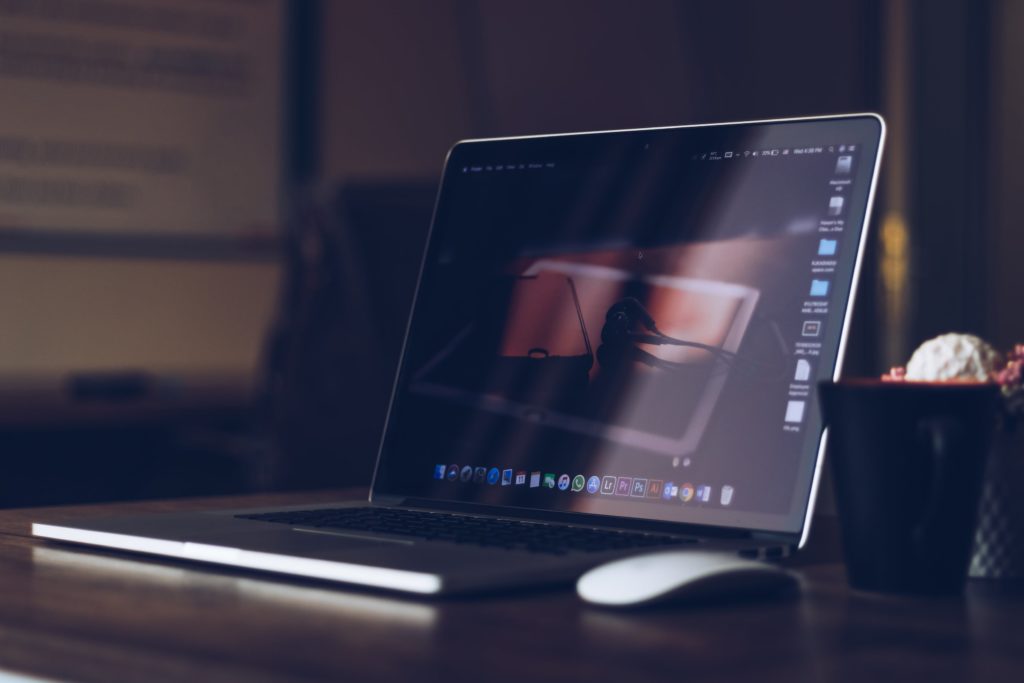 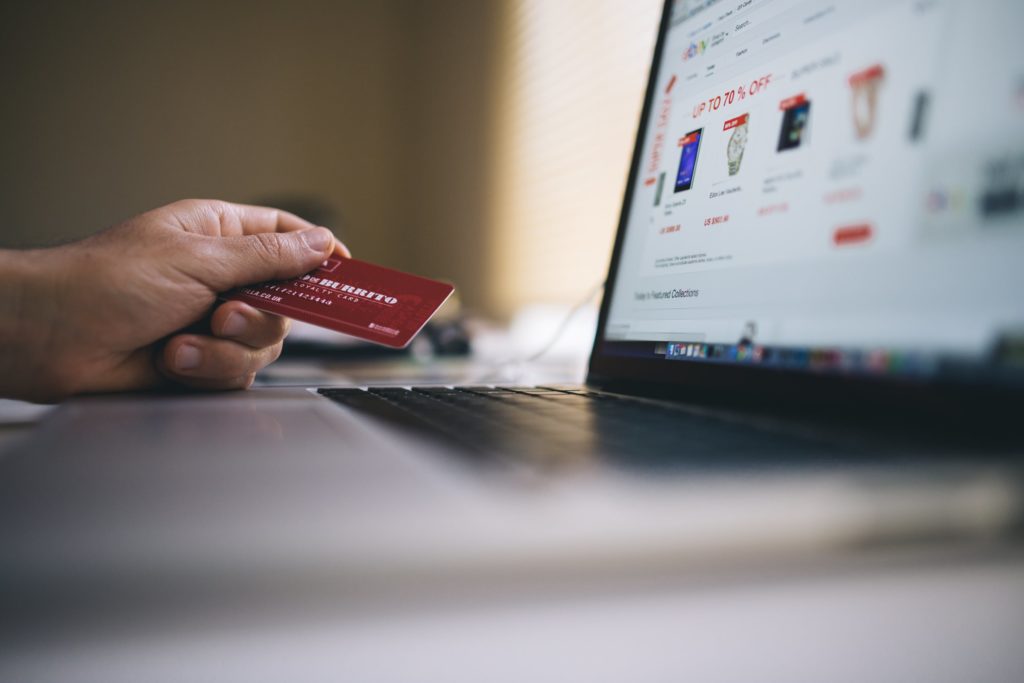 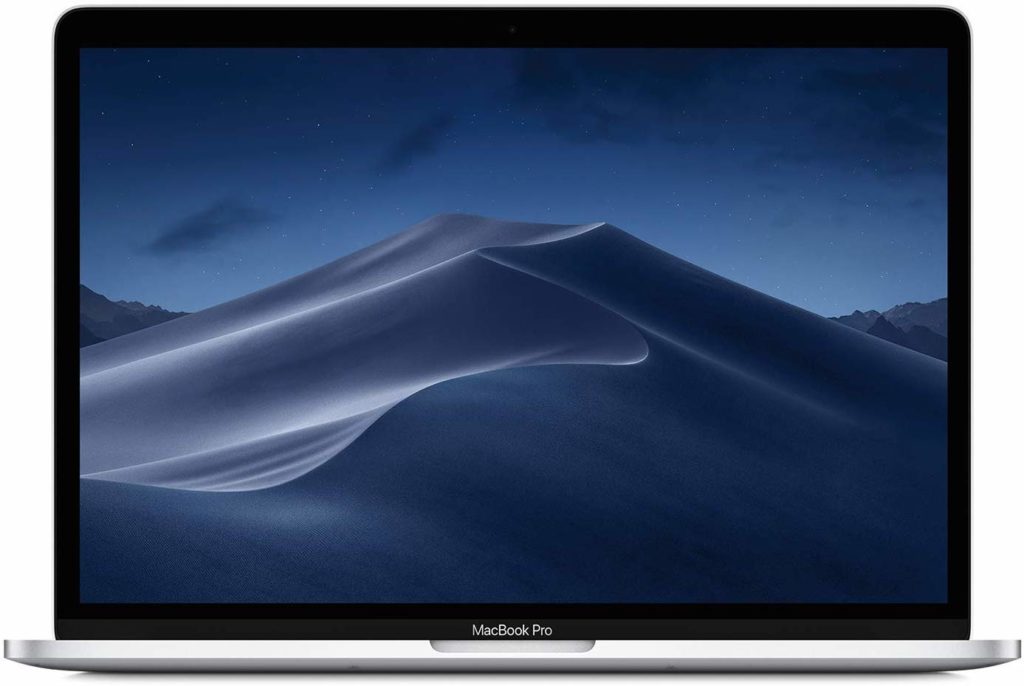 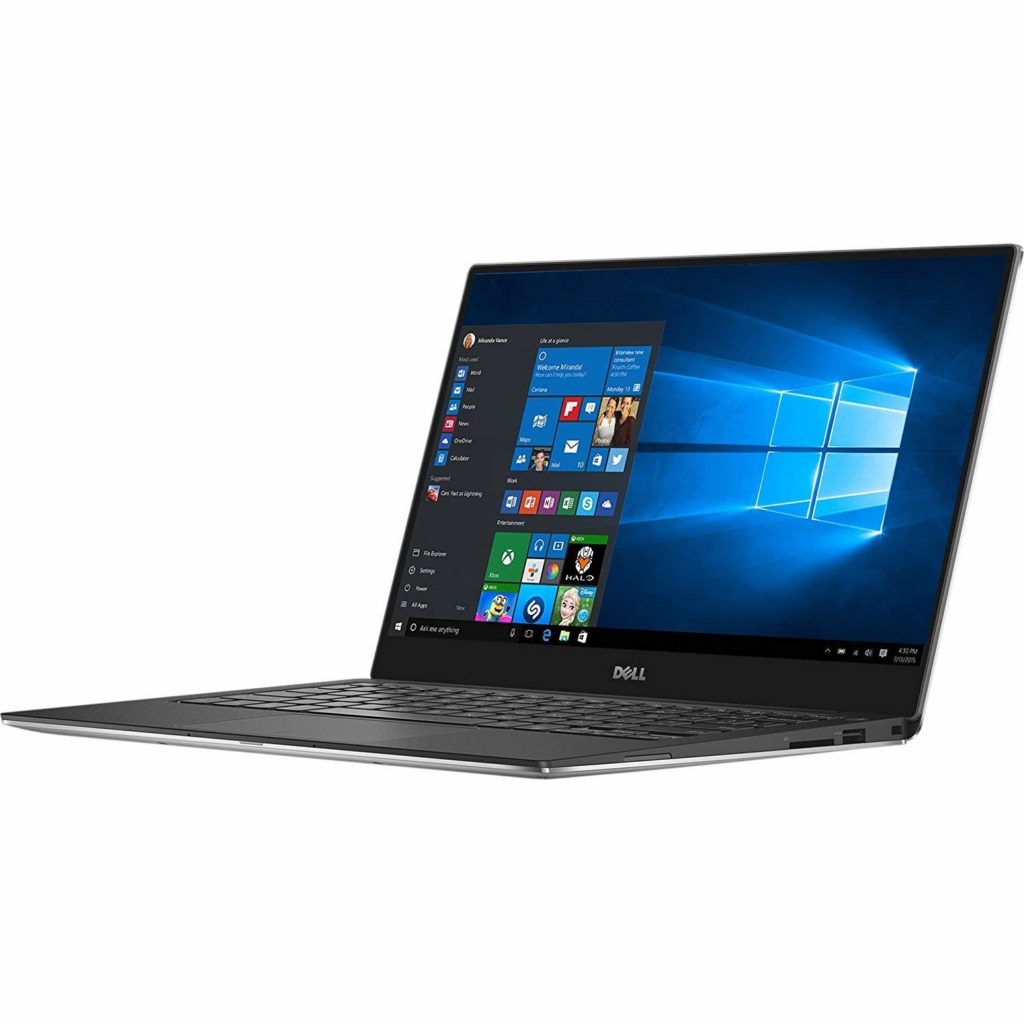 one of the most stunning laptops on the market – with a sleek and modern design. 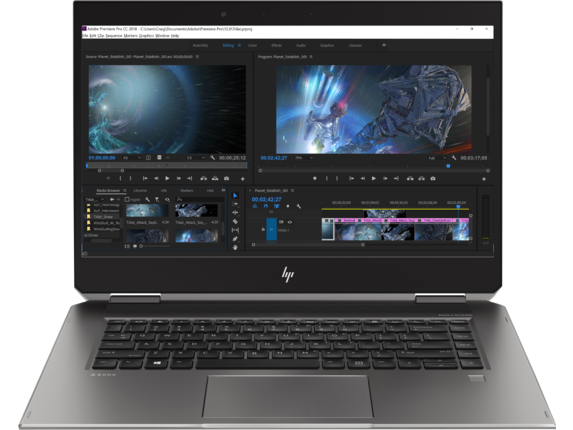 loaded with features and has a super slim design with weight distributed evenly – making it look and feel great. 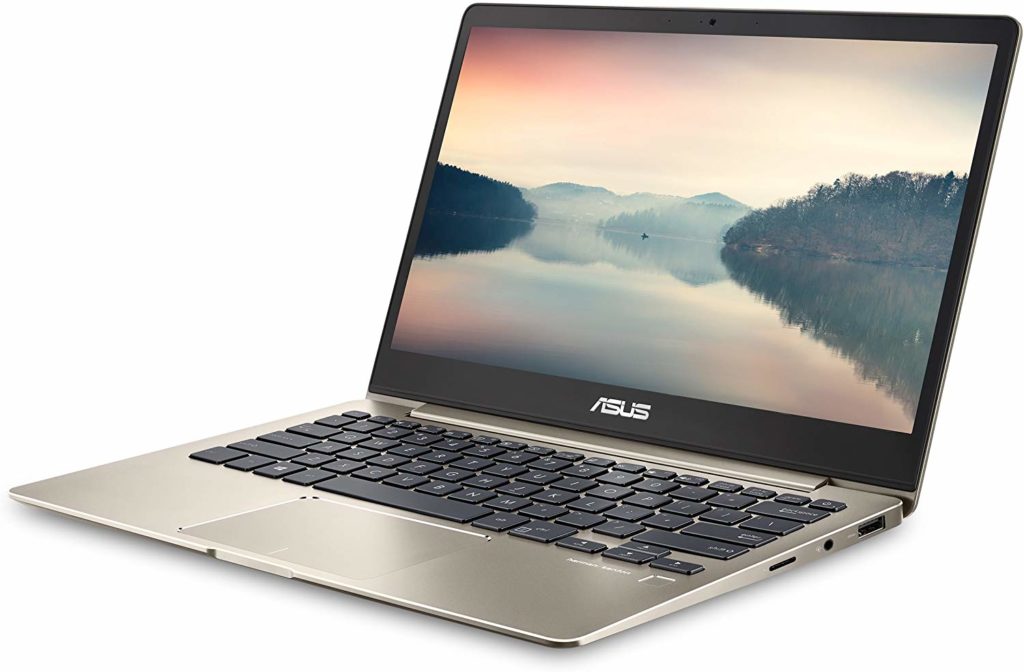 easy to carry and feels like an expensive laptop. However, it’s aggressively priced and won’t break your bank. 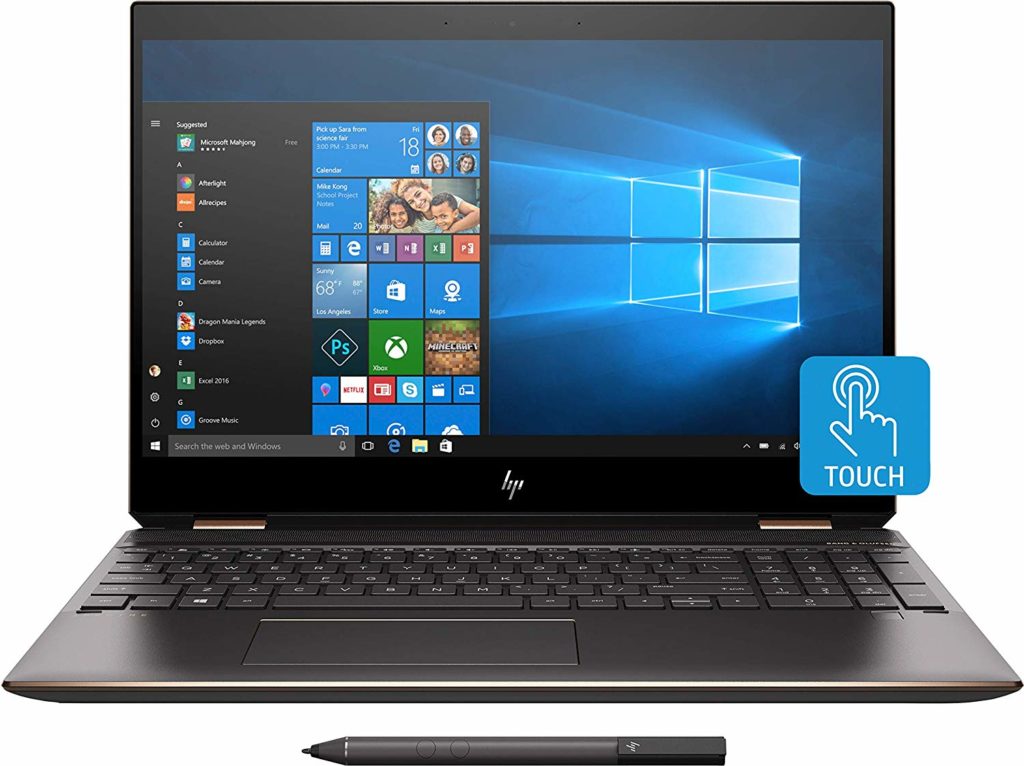 a thin, fresh design that is bound to catch some looks. This 2-in-1 beast boasts high performance with its i7 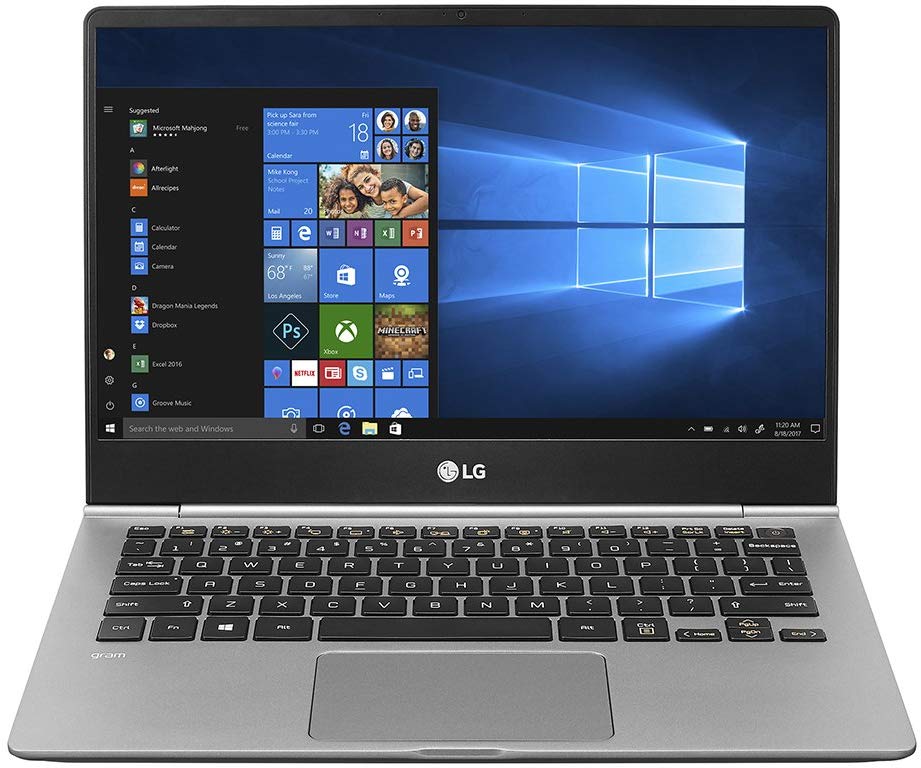 slimmest and lightest laptop that also performs like a beast.

The laptop is lightweight at about 3lbs and still is easy to interact with thanks to the massive trackpad.

The butterfly keyboard feels great to type on. However, it might take time for you to get used to it if you’re coming from a Desktop keyboard or even from other brands.

Another drawback is that loads of users have been complaining of a faulty ‘e’ button – something you should watch out for since you’ll be using the device a lot.

Coming to battery life, the MacBook Pro lasts for about 7 hours, which will get you through your classes.

The loading and boot times are fast, as expected from the SSD.

The Touch Bar and the Touch ID sensor are very resourceful, and you’ll find yourself using them excessively.

Lastly, the Retina Display with True Tone is very captivating and vibrant, and won’t strain your eyes even when you’re using the laptop for long periods.

Extra features: The Acer Aspire E15 is an amazing budget-oriented product that provides high performance at an affordable price.

It comes with Windows 10 Home pre-loaded, making it ready to use right out of the box. You can also opt to get a full copy of Microsoft Office 365 (Home edition) preinstalled, which is useful for writing assignments and creating presentations.

The laptop can be upgraded with ease, by just unscrewing three screws on the bottom of the device. You can upgrade the RAM from 8GB to up to 32GB, and also install an additional SSD or an HDD by accessing the same panel. Convenient!

The keyboard is comfortable to type on, and the trackpad feels smooth and responsive.

The screen is colorful, but lacks brightness – you will have to use it with full brightness at all times. The laptop is heavy. It weighs 5.27lbs and will be challenging to carry it around.

All-in-all, the Aspire E-15 is the most bang-for-the-buck option on this list.

Extra features: Microsoft’s Surface Pro is the best option if you’re looking for something under the ultra-lightweight category.

As I mentioned, it’s super lightweight, weighing a mere 1.7lbs! It makes it super easy to carry, and it’ll feel almost like you’re carrying a book.

It offers decent battery life and will give you about 7 to 8 hours of use before you need to charge it.

The design is great, but it also has a lot of drawbacks. You can forget about upgradability – you get what you buy. There are no RAM upgrades or an extra drive.

Another drawback is the delicate design not for a rough user. In the Intel Core M3 and i5 models, there are no fans. Therefore, if you use it too aggressively for long periods, it might overheat.

You can opt to have an LTE slot in the laptop, making for a truly on-the-go experience.

The Surface Pro is a good deal for the price, but is designed for a particular kind of user – one that’s always on the run and needs something decently powerful that lasts long.

Extra features: XPS 13 is one of the most stunning laptops on the market – with a sleek and modern design

It’s lightweight and weighs 3lbs. The display is vibrant, and won’t affect your eyes even if you stare at it for long hours.

It comes with Windows 10 loaded, making it ready to use as soon as it’s out of the box. Performance-wise, it doesn’t stutter, and the quad-core i5 will get you past the heaviest of loads without any issues.

The laptop has loads of ports, and connecting storage devices won’t be an issue. Keyboard and trackpad feel amazing to the touch, which is standard for Dell laptops.

The battery life is OK and will get you through the day.

The pricing isn’t as competitive, and it’ll feel like you’re overpaying for the hardware in the computer.

Extra features: HP’s ZBook Studio is loaded with features and has a super slim design with weight distributed evenly – making it look and feel great.

The ZBook is big on size and specs and is ideal for students taking classes that require running heavy software. If you have a Data Science class, this laptop is the perfect option.

It has a fingerprint scanner, making for faster access and better security.

The workstation laptop also boasts a brilliant touch display, and HP supplies a pen in the box for interacting with it better.

Overall, the ZBook proffers exceptional performance and will never let you down.

Extra features: The ZenBook is easy to carry and feels like an expensive laptop. However, it’s aggressively priced and won’t break your bank.

It’s one of the lightest laptops on this list, weighing 2.5lbs. It comes with Windows 10 loaded and has a powerful battery that’ll get you through the day and still have some charge left.

The fan is quiet, even under load, and won’t annoy you. The keyboard is excellent, but the touchpad is a tad bit too sensitive and accidentally triggers the “select files” option.

Boot times are excellent, and the laptop is a performance beast owing to the powerful quad-core i5.

All-in-all, the ZenBook feels like the perfect laptop for a Computer Science student.a

Extra features: This 2-in-1 beast boasts high performance with its i7

The Spectre boots quickly and won’t stutter regardless of what you throw at it. The laptop is large, which might make it difficult to carry for some people.

The dual speaker setup on the unit sounds great, but the device falls short on ports. It only has five ports total – two of them being the headphone jack and the HDMI slot. It can make connectively a bit of an issue.

The fan can get loud at times, which is annoying. The battery lasts long and will last you a day.

Overall though, HP’s Spectre is the right choice for people looking for a high-performance laptop that also looks great.

Extra features: The Gram has earned a reputation of being the slimmest and lightest laptop that also performs like a beast.

It has a large 72Wh battery, which will last at least 10 hours under moderate usage. The device has 3 USB 3.0 ports, a card reader, a Type-C USB 3.1 port and audio and HDMI jacks. It’s loaded with ports, which is impressive considering its small size.

The bezels are thin, and the keyboard feels natural to type on, and the trackpad is perfectly sized. The device won’t take for you to long to adjust.

The laptop cannot be upgraded since both the RAM and the SSD are soldered onto the board.

Another downside is that the laptop gets scratch marks on it quickly. Buying a sleeve for the laptop is a great idea.

No one laptop is perfect for every user. Some prefer a lightweight device, while others look for performance.

This list covers a vast array of such criteria and lists the best in each category. If you like the sound of it, buy it – everything on this list is guaranteed to leave you satisfied.

Things to look while buying best laptop for Computer Science 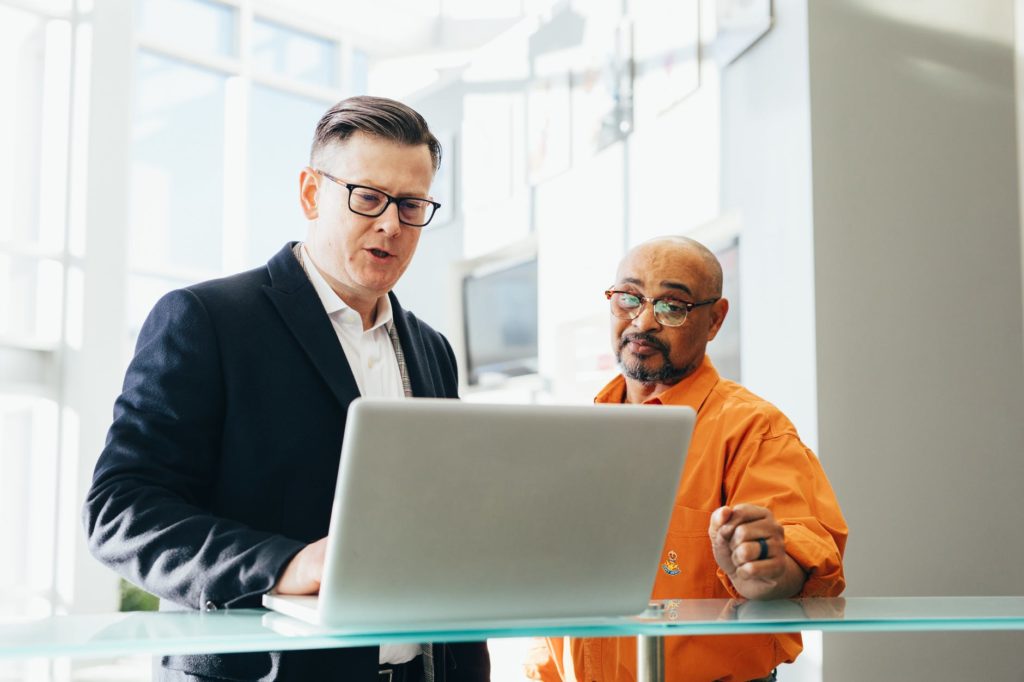 Make sure you pick from the latest architecture (8th or 9th generation processors from Intel) since these CPUs perform much better than their predecessors. They are also much more energy efficient.

To find what CPU is ideal for your use, you must first know what software you’ll be running. In general, though, you can follow these guidelines:

For basic programming and assignments: Core i3 processors

For running heavier software like IDEs: Core i5 processors

For running Virtual Machines: Core i7 processors (or quad-core i5s will do as well)

Try and avoid AMD based laptops unless you’re confident they run the software you require. AMD processors are fast but do not support Android development very well.

If you need to buy an AMD based laptop, make sure it’s compatible with what you use before purchasing.

These aren’t as useful for most Computer Science students – they don’t contribute towards program compiling speeds or help run VMs faster.

If you’re looking for a GPU in your laptop, an MX150 will suffice for most applications.

RAM doesn’t contribute much to performance and is more of a limiting factor to how much you can get done in one go.

Most laptops have an extra slot for RAM, meaning you can upgrade your memory if you need to.

SSDs are much faster than HDDs and make for faster boot times, storage, and retrieval of data. It’s much better to have applications load in a flash than having hundreds of Gigabytes of extra space that you’ll probably never put to use.

Nonetheless, most laptops have an extra drive bay, which enables you to add an HDD or an SSD if you need to.

You’ll be typing pretty much all day, and the last thing you want is a keyboard that’s too mushy. Make sure you look at the ratings or type a few lines if you’re at the store.

Again, you’ll be staring at it almost all day, and you want to be kind to your eyes. Quality-wise look for a 1080p screen, nothing higher is required – you won’t need a 4K display for writing code.

Depending on how much you’re comfortable carrying, you should either get a 13.3” or a 15.6” size laptop.

If you want the laptop to be light and portable but don’t want to be using a smaller screen all day, get a 13.3” laptop and consider getting a monitor for your dorm room.

As long as you stick to the guidelines, the brand doesn’t matter too much – stick to big brands like HP, Dell, and Apple.